One of the first of its kind for regional Western Australia, Horizon Power in conjunction with Solar MY World in 2014 connected a South Hedland business to their 27kW, 108 roof mounted solar panels, complete with a battery storage system, also known as generation management.

Horizon Power’s Senior Systems Technology Engineer Dave Edwards said many customers want to connect renewable energy to Horizon Power’s electricity systems; however one of the challenges is the impact of their intermittent nature on the security and reliability of power supply for other Horizon Power customers.

“Horizon Power developed technical requirements for renewable energy installations, including those which are generation managed, where electricity output can be controlled to help maintain the reliability of power supply to all our customers,” said Mr Edwards. “The recent availability and increased affordability of generation-managed renewable energy installations means that customers now have more choices about the size of the system they can install and could allow more renewable energy to be installed across Horizon Power’s network,” he said.

South Hedland Liquor Supplies Co-owner Brent Rudler said the investment into their business was fundamental in giving them the ability to control electricity consumption and monthly bills.

‘We are operating a business out of the Pilbara where there is no shortage of sunshine, so if we didn’t capitalize on that fact to improve our business operating costs, then we’d be made,” Mr Rudler said.

“The significant investment we have made will be paid off within three years and it was something we decided to justify to take control of the rising cost of electricity.

“We would like to thank Horizon Power and Solar My World for their support in helping us get this project off the ground, it is really exciting and certainly something I would encourage other Pilbara business owners to consider.

“We can’t control the cost of electricity, but we can control how we use it and what smart technologies we employ to help us mitigate costs,” he said.

Gary McDonald from Solar myWorld produced the generation management system for the store, and had it engineered here in Western Australia.

“This system installed at South Hedland Liquor Supplies is the first of its kind on the Horizon Power network. Solar myWorld has products to suit small medium and large end users, all with the aim to use clean , low cost renewable energy and solar smoothing solutions which meet Horizon Power’s and Western Power’s network requirements.” he said.

So four and a half years on and counting and Solar myWorld and Horizon Power are pleased to announce the system is still going strong. Mr Rudler has fully paid for the system and it continues to give him the peace of mind that he has control of his power consumption and business overheads.

“For over a year now we have reaped the full benefit of having the system fully paid and our cost of power greatly reduced. The system has paid for itself and will continue to save us into the future” said Mr Rudler.

Mr Rudler is now exploring with Solar myWorld the exciting new opportunity to have guaranteed power 24/7, with an Automatic Gas Powered Generac standby generator for total peace of mind. 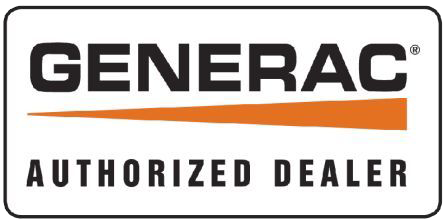 Solar myWorld – is a proudly Australian owned company and authorised Generac dealership. Contact us today with any enquiry you have!